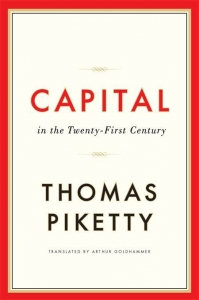 CAPITAL in the Twenty First Century.

For any one wishing to understand the vagaries of economics and to extend democracy over capital this book is essential reading. It plain cover belies it rich and well researched interior.  As Michael Collins said of war, if you wish to defeat an enemy first you must completely understand all that makes him tick. It painstakingly defines the inbuilt dynamics of wealth,  it details the concentration of wealth in the hands of shrinking elite and underlines  the rise of inherited wealth where birth matter more than talent or effort. 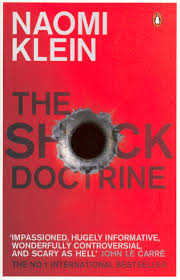 I have never been a fan of conspiracy theories, but reading the Shock Doctrine has to a large extent altered my opinion. It is a well written horror story of the ‘Washington Consensus’, gone berserk, the plundering of international resources on behalf of a very small international elite, now rich and powerful enough to sideline democracy in their home country and run the most powerful military force in the world in their interests. Any country that does not fall on its  knees and allow the the total freedom of capital is likely to be destroyed. The only deterrence might be the power of its army and the determination of its people. 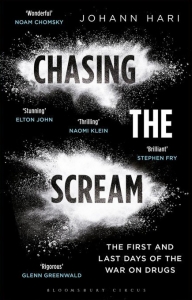 Drug addiction is not what it seems and the war on drugs stems from  motives different from what we assume, a war that sees thousands rot in prison and die needlessly. This book makes an excellent case for the legalisation, control and taxation of all drugs. He connects the demand for drugs to human stress, self esteem and place in society, thus it is the most abused socially isolated that seek solace from the pain of life  in the most powerful illegal drugs. An egalitarian society based on respect for all, coupled with legalisation- as with alcohol is the road forward. 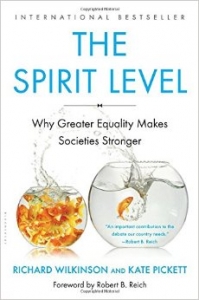 Societies with a bigger gap between rich and poor are dysfunctional and provide a lower standard of well-being for all, including the wealthy. Every aspect of society  from life expectancy to violence and illiteracy is affected not by now how wealthy or otherwise that society is, but by how unequal it is. The book is packed full of solid research and hard evidence to support the proposition.  Essential reading for anyone engaged in building a better society. See also the equality trust website: equalitytrust.org.uk[/fusion_text]